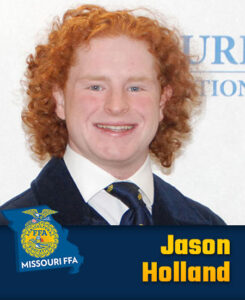 As the summer winds to a close, I reflect back on all of the great experiences I had. I traveled around the state, had a lot of firsts, and met a lot of amazing members. FFA Camp was a big part of my summer, and one of the biggest experiences that stands out was an interaction that I had during week six.

We had just finished up the seventh elective leadership session, and the other officers and I were standing around talking to campers. That is when I was approached by two members from the North Harrison Chapter, and the first thing that they said to me was, “I’m glad there is a fellow gamer on the officer team.”

This might seem a little out of place, but it was in reference to something that I mentioned during my “Me in a Box” I presented during the session. I talked about how much of a nerd I am when it comes to movies, games and music. This simple comment led to a 30 minute conversation allowing me to connect with both members, and it never would have happened if I had not mentioned my love of games. It never would have happened if I wasn’t being myself.

This interaction made something click in my mind, and I realized how important it is to be yourself no matter what. If I wouldn’t have been myself in that situation I never would have gotten to have that interaction and meet two amazing people. There are going to be times throughout your life where you feel out of place, like you don’t belong, and think that you should act differently to try and fit in. Let me be the first to tell you that is never the solution. You will always find more success whenever you are your authentic self. You also never know who you may connect with or impact.