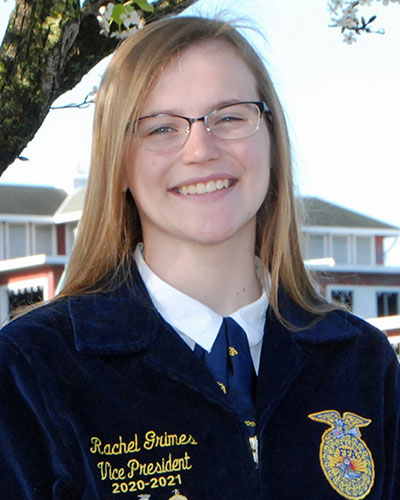 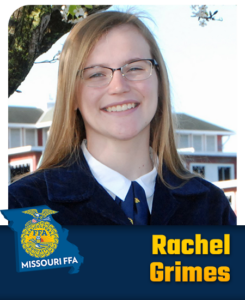 As we began preparing for the  Missouri FFA State Convention, I found myself listening to old retiring addresses by state and national officers. As I sat on the couch in my dorm room, forcing my roommates to listen in on what a past national secretary had to say, these words resonated with me, “Whoever you are; be all you, all the time.” It was ironic in the moment; you see I was trying to get a handle on what a state officer should say as their final words to their state association. I was trying to figure out how I should sound, how I should speak, and what message I needed to convey. I was not being all me, I was trying to be the idea I had for state officers – I wanted to live up to the expectation. I will let you in on a little secret: I had been STRESSING over what my retiring address would be about and if I could present it to the members of Missouri FFA.  What I did not realize is that once you let go of certain expectations, you become free of the pressure that comes with them. As you embark on the many adventures that the FFA offers you, let go of the expectations, let things just be. It is easy to focus on the failure, or the shortcomings, but I promise that you will never be successful if you never get over the negative. I challenge each of you to learn from the mistake, adjust from the failure, and focus on the real win – growth. Whether you win your first speech contest or come up short in your last, the experience, the learning, the skill, the GROWTH is what will matter later in life. More times than not, I came up short while competing in the FFA. Each time, I tried to understand why I was not good enough to stand on the stage at state convention and receive a plaque, or why I could not grasp certain concepts in a career development event. It would have been so easy to throw in the towel and focus on the negative, but with each failure, I became more hungry for growth. Without the failure, I would not have gotten better. If you take one thing from this message, let it be this: you are the way that you are for a specific reason, never let a shortcoming dictate the future for you. Never be afraid to simply be yourself, that is when true growth and success occur.