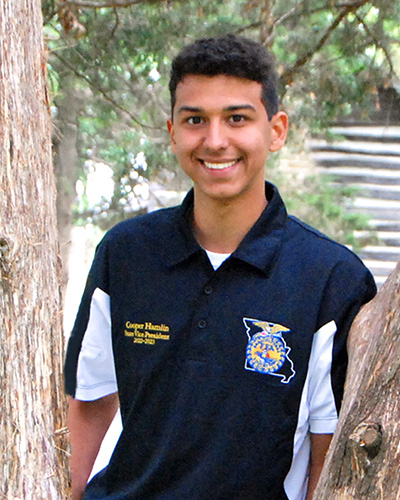 Falling Is Not Failure

After a week like no other, the Missouri FFA State Officer team made our way back home from the 95th National FFA Convention & Expo. As I watched the autumn leaves fall from trees and fly by, I mentally replayed the last session of convention, the session in which the former National FFA Officer team passed on the gavel to the new. Just as these leaves departed from the tree to signal the beginning of autumn, the past national officers stepped away from their positions, signaling new beginnings. As I thought about this session, one moment in particular stood out to me. The moment occurred just after Jessica Herr of Pennsylvania was announced as the national secretary. Hearing her name called, Jessica sprinted from the audience and toward the stage. Before Jessica could reach her destination, she lost her balance and fell, losing both of her heels in opposite directions. Jessica knew she had two options, either stay down and search for the heels, or keep going. In an instant she was back to her feet and on the stage!

We all have times in life where we feel like we have taken a fall. Whether it’s at a contest, in school, at work, or during a speech. However, I encourage us all to be more like Jessica. Instead of dwelling on the failure, let’s focus on picking ourselves up and continuing to reach our stage of success. We might not have to lose the heels, but we may have to let go of some fears and negative thoughts to do so. The words “fall” and “fail” are very similar, so it is up to us to distinguish between the two. As we continue our journey through the FFA and life, remember: Falling is not failure.