Find Your Best Self 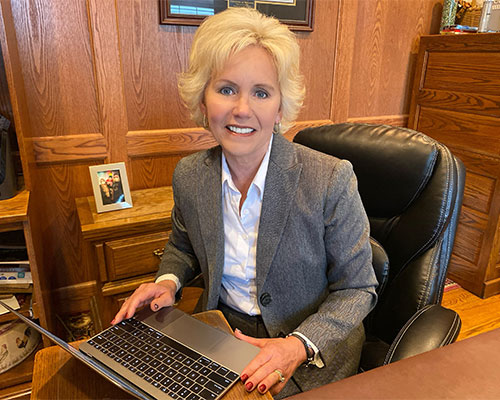 In the early 1980s, Rhonda (Scheulen) Ludwig was just another Missouri farm kid. Growing up in what she calls “salt of the earth farming,” Ludwig worked in pig pens and hauled hay. The former Fatima FFA member embraced public speaking opportunities, showed hogs at county and state fairs and built her supervised agricultural experience project in swine production.

Little did she know, though, she would help pave the way for other Missouri farm girls as Missouri’s first female state FFA president.

“I credit FFA with everything, every bit of success I’ve had,” Ludwig explains.

An FFA member who could both walk-the-walk and talk-the-talk, Ludwig says at the time she was elected to lead Missouri’s largest youth organization she only felt blessed to serve the membership.

“At the time, I was very accepted and was just grateful to have the opportunity,” Ludwig says.

While women were first able to join the National FFA Organization in 1969, Ludwig became Missouri’s first female state president in 1981. She went on in 1983 to become the state’s first and only female national officer.

As men dominated the agricultural landscape in the 1980s, Ludwig says she might have received additional recognition as a female officer but never considered herself any different than her peers. She remembers as a Greenhand aspiring to become a state officer, but never the first female state president.

“I was a farm kid who had a great opportunity, who was blessed with skills primarily in public speaking,” she explains. “I tell kids all the time, whatever God gave you as a talent, use it. For me, that was public speaking.” 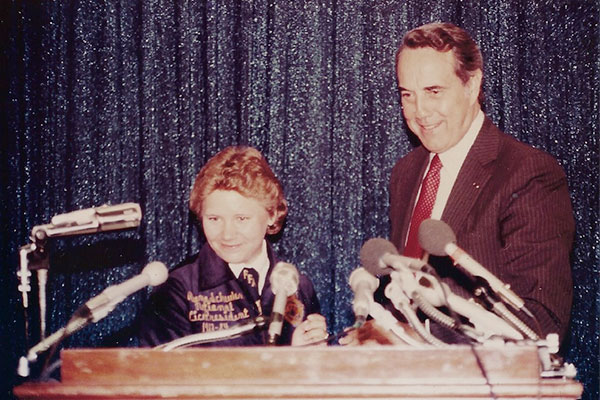 After graduating high school, Ludwig attended the University of Missouri-Columbia where she majored in agricultural journalism. She says the communications skills she honed through FFA helped her discover her niche in that career path.

“(Developing) those communications skills — the ability to write and speak — in FFA were the biggest things that led me to agricultural journalism,” Ludwig says.

There, Ludwig found her comfort zone, which led her to a more than 30-year-career in agricultural media sales.

“Had it not been for those communication and speaking opportunities through FFA, I’m not sure I would have found it,” she says.

Ludwig’s career path includes 12 years of agricultural radio advertising sales with the Brownfield Network in Jefferson City as well as 12-plus years with Farm Progress where she sold print advertising and another six years with RFD-TV as a Midwest account manager. Today, the former FFA member lives on a farm near Linn, Missouri, with husband, Dale. The couple has three children — Trent, Claire and Troy.

“FFA has been a huge part of my entire career,” Ludwig explains. “My first job out of college, I got because of the contacts I made through FFA. Then each one you make more contacts, and it eventually leads to another opportunity down the road.”

As a National FFA Officer, Ludwig says she was afforded many travel opportunities that helped her meet people all across the country.

“FFA gave me a leg up, a great start and a great opportunity,” she says.

Ludwig encourages FFA members to embrace moments when they can make a positive impression and put forth extra effort.

“Always take every opportunity to put forth your best self,” Ludwig says. “You can’t win a public speaking contest without doing what every great athlete has to do. You have to work at it. If you work at it and practice, you develop those skills. Then it pays off.”

Agriculture has changed much since Ludwig’s days in the blue corduroy. Industry pathways now include a vast array of opportunities from beyond traditional production agriculture, and Ludwig says that alone underscores the connections FFA brings to its members.

Quick to point out that her experiences in the organization were life changing, Ludwig says the work ethic she learned at home on the farm combined with her FFA involvement and learning to set goals helped her find success.

“There are no limits to what anybody can do, but it doesn’t just happen,” she advises. “You have to work hard; you have to earn it. “You have to put in the time, and you have to figure out what you want, what your goals are. Everyone’s goals are different.”