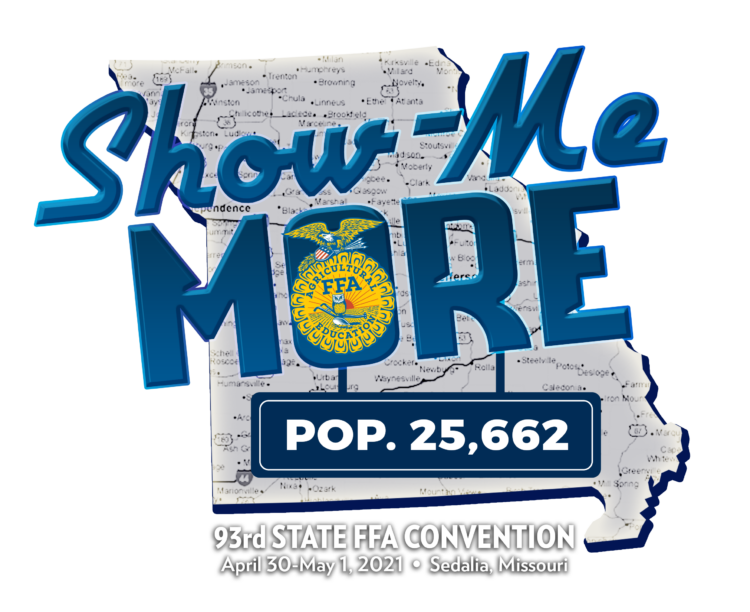 In the effort to hold an in-person event celebrating accomplishments of FFA members across the state while being responsible with current Covid-19-related health concerns, Missouri FFA plans to hold its 93rd Annual State FFA Convention April 30 and May 1 at the Mathewson Exhibition Center on the Missouri State Fairgrounds in Sedalia, Missouri. The recognition-only event will be limited to award winners and two advisor/chaperones per school. Guest speakers, including National FFA Central Region Vice President and Missouri native Paxton Dahmer will highlight the sessions, which will be live streamed for those unable to attend in person.

“Our desire to hold an in-person event for our award winners has been the overarching goal in our decision to modify our normal convention location and protocol,” said Leon Busdieker, Missouri FFA state advisor. “FFA is hands-on. It’s a four-year program, and we think this year’s plan is the best way to recognize our students for their accomplishments while still being mindful of health-related concerns.”

Morning and afternoon convention sessions are scheduled for Friday, April 30 and Saturday, May 1 with a goal of recognizing chapter activity awards, honorary state degree recipients, new FFA chapters, career development and leadership development event (CDE and LDE) winners, proficiency awards, star state degrees and state degree recipients. Other scholarship and essay winners will also be honored at the convention. CDEs and LDEs are currently planned during April at various times and locations in Columbia to accommodate social distancing protocols.

Student workshops will be available the week of April 26 on missouriffa.org, highlighting 12 presentations from Dahmer, current state FFA officers, as well as Teach Ag Ambassadors and Post-Secondary Student organization officers, and can be viewed via a password-protected verification system for members.

“While we shifted last year’s convention to a virtual format, we believe we can host an in-person event that will recognize student accomplishments in a safe manner,” Busdieker said.