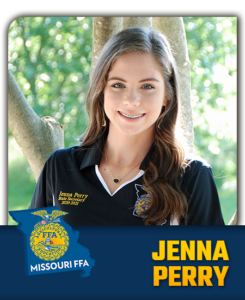 It was Feb. 4, 2019. I was exhausted and excited after a long night of watching one of my favorite sows have her litter of piglets. This litter, like many others, came with so much excitement for the upcoming months and seeing if the breeding selections and hard work had paid off. That spring, one of the Duroc gilts was quick to catch my family’s eye, and we knew she would turn out to be something special.

Fast-forward to the FFA show at the Missouri State Fair. It was the day so highly anticipated in the previous months. It was time for my gilt’s class. I was faced with having to take my eighth-place ribbon and exit the ring. Defeated. This pig that I had poured so many hours of time and energy into, had placed at the bottom of her class.

The next day was the open show. Though we had previously decided not to enter her into this show, my brother was angry and looking for anything to prove this gilt was better than what the previous judge had said. He decided we were giving her a second chance and entering into that day’s show. I was frustrated and beaten down. I told him that he could drive the gilt; I wanted nothing to do with her.

After much convincing, the next morning rolled around, and I was the one driving the gilt that had let me down the day before. I was pessimistic when the judge began penning the pigs from bottom to top. One by one, the other competitors in the ring took their places until it was just me and one other showman left. My heart was racing as he started his set of reasons and put my feisty gilt at the top of that class. After the defeat of the previous day, I got to take my gilt to the championship drive.

We went home with something so much better than the dark purple, champion ribbon: the light purple, reserve champion ribbon and a lesson in the form of an eighth-place ribbon that I will never forget. I will always cherish that eighth-place ribbon more than the reserve champion one. It showed me how to get back up. Do not let your past failures hinder your future success. We all fall short of our goals from time to time. It is in the times when failure comes and makes you feel defeated that success is appreciated to its full capacity.