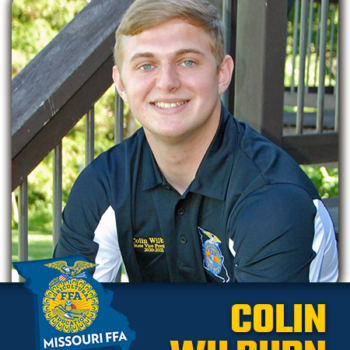 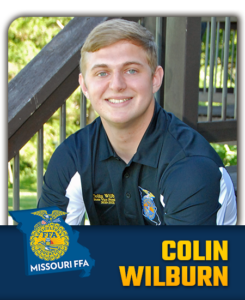 One of my most vivid memories from high school is walking through the front doors and past the trophy case everyday. I would look in awe at all of the accomplishments of those before me: state championships, countless tournament trophies, and small sections dedicated to individuals who went above and beyond in their sport.

While I loved looking at all of those awards, there was one area in the case that always stood out to me. Right at the end of the trophy case in a spot by itself hung a sun-faded FFA jacket with the stitching, ‘Mark Wilburn, National Vice President, 1997-98,’ and a picture of my uncle Mark shaking President Bill Clinton’s hand. When I was a scrawny little 7th grader, to me it looked like it was out of place. With all of the metallic gold, silver and bronze, how did this corduroy jacket fit in?

It wasn’t until later in high school that I truly found out the significance of that corduroy jacket. That jacket didn’t just bring a whole community together; it brought a whole nation together. It doesn’t hold stories just from Van-Far; it holds stories from schools across the country. The impact that FFA has on my family, my school and my community is tremendous. It’s brought us together and allowed us to experience memories and opportunities second to none. That FFA jacket more than belonged in that trophy case.

We have the ability not only in FFA, but also in our careers to make something meaningful. We can bring communities together and achieve goals we had no clue that could exist. It’s up to you to make that impact.

Will you be in that trophy case?

The World’s Not Out To Get You

There are two things to know about me before I start this story.

I failed my driver’s test the first time, and I was picked on non-stop for it. During this time I felt alone; I felt like the world was out to get me. During my second attempt, I was extremely nervous. I slowly pulled off the shoulder and kept my head turned to ensure that nobody else was coming. As I turned my head back around, I realized my worst dream had come true. I had blown a stop sign, and I hadn’t even started my test. I knew I was done for. I drove through the four-way, pulled onto the shoulder and put the car in park. I began to bawl my eyes out as the officer calmed me down, saying, “Don’t worry, the world’s not out to get you.” She reassured me that we could restart with a blank slate.

The rest of the driver’s test was a blur as I kept thinking that she was just letting me go through the motions until she eventually failed me. As I put on the emergency brake to end my test, my mood darkened, my head dropped and a frown appeared on my face while I waited for her to tell me that I failed. But, that didn’t happen. She said, “Congratulations, Colin! You’ve passed with a 70.”

This isn’t a story to encourage you to blow stop signs to pass your drivers test, but to remind you that nobody’s perfect. First impressions can be messy, so don’t let them close your mind. And, if you ever feel that you’re alone, just remember the world’s not out to get you.