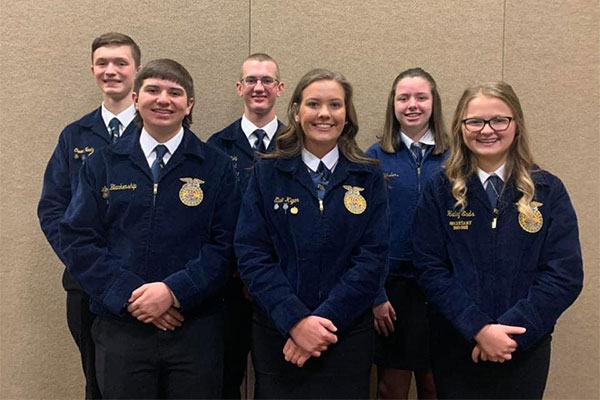 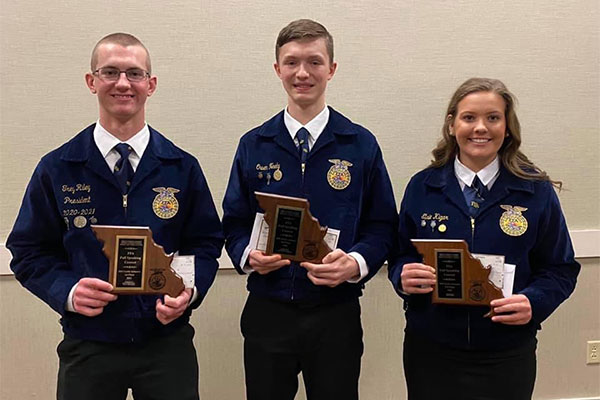 OSAGE BEACH, MISSOURI (Jan. 12, 2021) – Trey Riley, representing the St. James FFA chapter, was named the winner of the 2021 Missouri Cattle Industry FFA Public Speaking Contest. The final round of the competition was held Saturday, January 9, during the 53rd Annual Missouri Cattle Industry Convention and Trade Show in Osage Beach. The competitors were recognized at the convention banquet honoring youth.

“This contest is truly a highlight of our convention,” said Missouri Cattlemen’s Association Executive Vice President Mike Deering. “We are committed to empowering the next generation and this contest puts the talents of our future leaders on full display. These young leaders leave us with absolute confidence that the future of Missouri agriculture is in good hands.”