Former FFA member Keith Coble tells you how his time in the blue jacket impacts him still today. 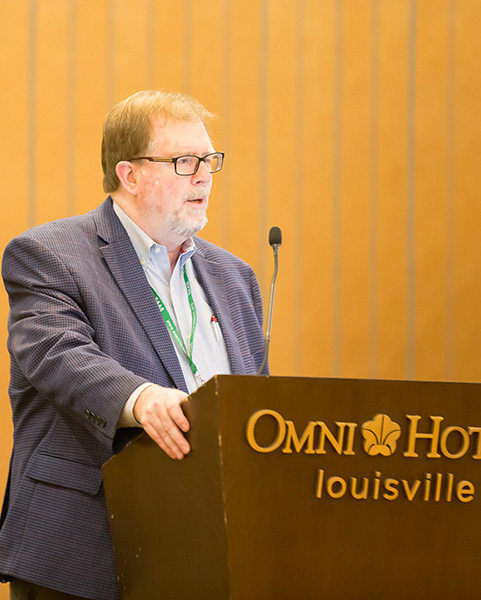 From an agricultural education classroom in Missouri to Capitol Hill in Washington, D.C., the skills learned, and memories made, during his time in FFA have followed Keith Coble throughout every step of his professional career.

Coble’s first degree was in agricultural education. After teaching high school ag in Carl Junction, Missouri, he went back to school to obtain a degree in agricultural economics. Coble had the opportunity to work in Washington D.C. at the U.S. Department of Agriculture and on the Senate Agriculture Committee on Capitol Hill before settling into his current role.

Today, as the Mississippi State University agricultural economics department head and assistant to the vice president of the division of agriculture, forestry and veterinary medicine, Coble works with the college’s teaching, research and extension programs.

Though his job titles have changed over time, the skillset he calls upon to succeed has remained the same.

“I constantly use leadership skills here at the university, as well as when I was working on Capitol Hill,” Coble says. “There were experiences I gained in FFA around working with people, speaking to people and trying to make progress on something as a team. I learned those skills in high school, and I often think of them when I meet other adults who didn’t learn those lessons along the way.”

Even as an advisor, Coble enjoyed training students for contests. Leaning on his interest in agricultural business and economics, he even trained a national-winning farm management team.

In addition to the tangible skills he took away, Coble says his experiences in the organization unlocked something that would ultimately change his trajectory.

FFA unlocked his ambition and belief in himself, he says.

“I had no idea at the time that I would become a university professor, that I would work on Capitol Hill, that I would travel and speak at conferences,” Coble continues. “But, FFA gave me the confidence that I could do and be those things.”

Though he couldn’t see it at the time, that confidence brought on by his experiences in the organization furthered Coble’s growth by encouraging him to keep showing up.

“I really wanted to win the state public speaking contest, I really wanted to be the state president of Missouri FFA, and I kind of got second in both events,” he says. “I was second place in state speaking and the first vice president of the organization. But, if I look back at my life, the difference between being first and second was minimal. It was the fact that I was there. My life has gone on, and I think I’ve gotten to do the most amazing things because of the confidence I gained from those situations.”