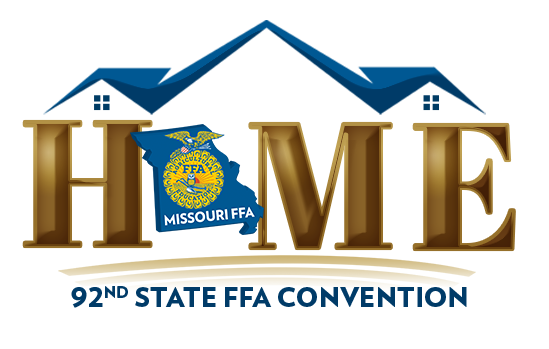 This year might just be remembered as the year of firsts—including the first-ever virtual Missouri State FFA Convention. While state proficiency award winners, star finalists and national chapter activity awards were announced virtually in April, the official Missouri FFA Convention was held through a series of online video sessions June 16-18.

During the convention, Ms. Diane Olson was recognized with the Distinguished Service Citation. Olson has been involved with the promotion and advocacy of agriculture through the Missouri Farm Bureau and worked with the Missouri FFA for more than 35 years. She began her role with Farm Bureau in 1985 as the director of promotion and education. Her outstanding service has garnered her recognition as a state and national leader in the promotion of agriculture.

In the National Chapter Activity Awards area, Marshall FFA Chapter was tapped Top Chapter in the state and was named the Premier Chapter in Growing Leaders. These designations were selected from the 35 chapters recognized with a Missouri FFA Gold Emblem, a Top Chapter award. Marshall’s Growing Leaders activities included a program called Bacon SAEs Happen. As part of the activity, freshman FFA members were given the opportunity to create, market and sell an agricultural product for their first supervised agricultural experience program. Students divided into groups to develop individualized marketing plans and cure pork bellies. They then promoted their product through the chapter’s social media.

Also in the National Chapter Activity Awards area, Ashland FFA  was honored as the Premier Chapter in Strengthening Agriculture. Ashland’s chapter activities in the strengthening agriculture category included Educating in the Barn, an interactive barnyard that allowed the community to learn more about FFA and agriculture through hands-on activities.

During the Stars Over Missouri program of convention, Megan Schneider, Herman FFA Chapter, was named State Star in Agribusiness. Schneider’s SAE started with showing pigs. Eventually she started breeding and raising show pigs and feeder pigs. As her business grew, Schneider started selling a variety of pork meat products at local farmer markets and other outlets. Over time, Schneider has expanded her selection to include various beef and poultry products.

Eldon FFA member Destinie Tunis was selected as the State Star in Agriscience winner. Tunis’ supervised agricultural experience program involves the testing of cattle, horses, cats and dogs to determine if nitrates and histatins within the saliva can stop the growth of Escherichia coli k-12 and Staphylococcus epidermidis. This study is titled “The Antimicrobial Effects of Histatins and Nitrates Found in Saliva”.

The State Star in Agricultural Placement award was presented to Clint Bailey. As part of his supervised agricultural experience program, Bailey worked on this family’s commercial cow-calf operation. He then was hired to work at his cousin’s pumpkin patch. When his cousin went to college, he turned the pumpkin patch over to Bailey. As a sophomore in high school,  Bailey began working at the Bowling Green Veterinary Clinic. After initially caring for dogs and the clinic’s kennel, he was charged with providing veterinary services at the Eastern Missouri Commission Company, a livestock market in Bowling Green. His duties then expanded to making large-animal farm calls.

The 2020 Missouri FFA Convention can be viewed online at missouriffa.org.