Garth + POTUS = One for the Books 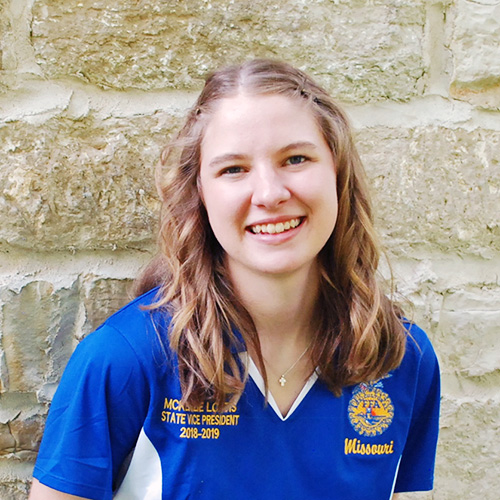 This year’s National FFA Convention was one for the books! Every year an invitation is extended to the President of the United States. This year, Donald Trump accepted the invitation. He talked about many different agriculture issues that impact our agriculture industry, and he even discussed the skills we learn in FFA. His words hit home with me for different reasons. Many different opinions exist on important issues in agriculture, but who better to hear about the issues from than the current leader of our country. His speech also sparked many good conversations of how we can improve what we already do as agriculturists. On top of that, we heard some really good country music from Garth Brooks. To be completely honest, I was hard-core-fan-girling when one of the members sitting up by the stage got Garth’s hat. I grew up listening to Garth Brooks, and it was amazing to see him in concert. He put on a great show. The national officers presented him with an FFA jacket in a shadow box. I had never seen anything done like that until this year. I found it really cool, though. I am thankful an artist like him still represents country music so well. This quite possibly was the greatest National FFA Convention of all time. Thank you for allowing me to serve one more year in the blue jacket and have the opportunity to attend this amazing week of events.