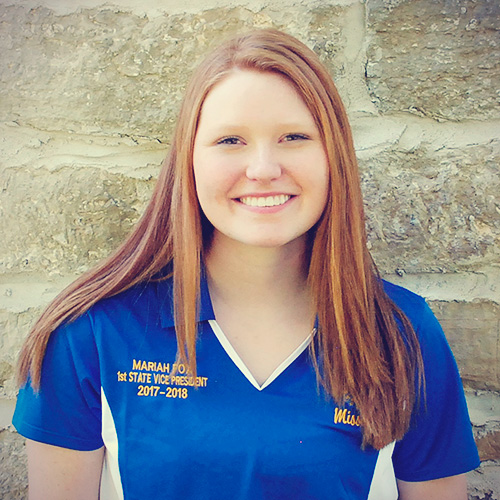 We all know how it feels to go to the movie theater — the anticipation of the trailers before the movie, the tasty popcorn, and of course the movie that is going to be seen. I love going to the theater and seeing the new movies that I find trailers for over the television.

Recently, I saw the movie “The Greatest Showman.” The movie shares the differences among a group of individuals in a circus act. Throughout the movie, challenges are faced and later the cast must overcome obstacles each faces while performing. In the end, the entire cast all come out successful as a team and create the greatest show known to man. I absolutely fell in love with the concept of the movie! As I reflected later on what I had seen, I realized the film has so many different meanings. In fact, the movie really relates to the conclusion of our year in the FFA.

State convention is just one month away in the Hearnes Center in Columbia, Missouri. As FFA members, convention is our greatest show. It’s our time to show off what we have been working on for the year. Just like the characters in the movie being different in their own way, we are also each different. We all bring a unique and different skill set to our contest teams, speeches and especially our FFA chapters.