FFA members across the state celebrated National FFA Week, Feb. 17-24. These state representatives and senators took time out of their schedules to join us.

Missouri FFA says “thank you” to all state legislators who support agriculture and FFA. 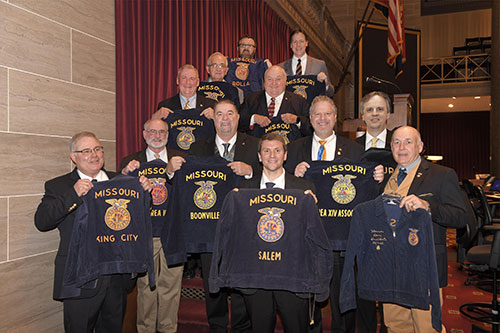 Pictured with their FFA jackets are: